Future Boy Conan Grave of the Fireflies Howl's Moving Castle Kiki's Delivery Service Laputa: Castle in the Sky My Neighbor Totoro Nausicaä of the Valley of the Wind Ponyo Porco Rosso Princess Mononoke Spirited Away The Castle of Cagliostro The Wind Rises

In my visit to the Miyazaki Exhibition at the Academy Museum this past semester, I found a unique juxtaposition in how the museum presented two very different approaches to animated storytelling. While one floor presented the accomplishments of Hayao Miyazaki and his devotion to animation, the floor below it also captured his contemporaries in the field that have produced blockbusters and classics. 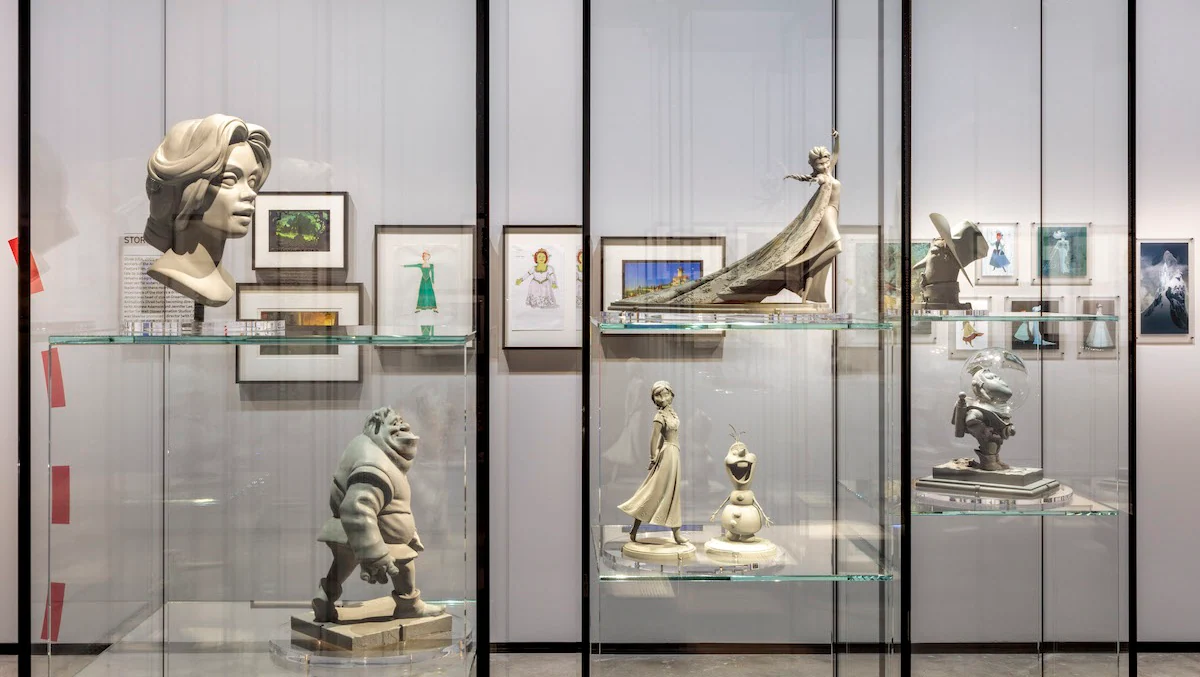 The creative process looks different from person to person, and these differences can greatly influence the kind of content we can expect from creators. As seen in the exhibition, Hayao Miyazaki’s own creative process as an animator and a storyteller tends to be something he does not take lightly. The amount and type of dedication that goes into a single piece of Miyazaki’s work is what makes it stand out in comparison to his mainstream contemporaries. Western animation giants, such as Disney or Dreamworks, operate on an entirely different process from Miyazaki, and this is evident in the final products being released. While Miyazaki’s films like Spirited Away or Princess Mononoke have found financial and critical success in their own rights and cemented his legacy in animation, blockbuster animated films like Frozen 2 or The Boss Baby only represent content meant for mindless consumption and fade into obscurity over time. This phenomenon is captured in Miyazaki’s adaptation of Kiki’s Delivery Service, in which his version explores a creative young witch struggling with her magical gifts while industry marches on much to the delight of the masses. Through the allegorical vehicle of Kiki’s Delivery Service, Hayao Miyazaki addresses the conflict between his approach to animation and storytelling and the approach of western animation powerhouses as a means of promoting the creation of more meaningful art.

Should Kiki’s Delivery Service be an allegory for Miyazaki’s approach to creating art, he is then represented by Kiki, whose loss of her ability to fly explores the animator’s own struggles with the creative process in a quickly monopolized art form. When Kiki loses her powers, a creative liberty that deviates from the original book, she turns to her friend Ursula, saying, “I guess I never gave much thought to why I wanted to do this. I got so caught up in all the training and stuff. Maybe I have to find my own inspiration.” This sentiment can easily trace back to Miyazaki and his own struggles at Studio Ghibli when dissolving the studio was being suggested (Napier 135). When he began to buckle under the weight of the pressure he felt from the animation industry at the time, he began to lose his connection to his craft. This connection shared between Kiki and Miyazaki first sets the stage for his place in the greater discourse on the integrity of the creative process.

The approach to the craft Miyazaki then advocates for through the film is introduced by Ursula, who offers a very personal and self-caring understanding of the creative process which directly contrasts the corporate approach by western industry titans. Kiki, overworked and struggling to stay afloat like Miyazaki, loses her sense of self-worth in an identity crisis and only begins to find solace when given the space to reflect on her place in her craft. “It is Ursula who comes to Kiki’s rescue. She does this not by helping her regain her ability, but by telling the distraught Kiki that she too has on occasion lost her ability to paint, essentially suffering from ‘artist’s block,’” (Napier 135). The time Kiki spends with Ursula is what ultimately makes her open to the personal change necessary for her growth as a witch and as a person, which can be seen when she flies again on a new broom but can no longer speak with Jiji. By extension, Miyazaki is asserting the importance of self-care and self-awareness in the creative process. When given the opportunity to reflect on the drive and spirit behind the will to create rather than focusing primarily on societal recognition and success, an artist can reach their greatest potential.

Now contrasting the approach promoted by Miyazaki and demonstrated through Kiki is the ever-expanding dominance of western animation titans like Disney, which Miyazaki openly critiques and presents in the film as the Spirit of Freedom airship. The Spirit of Freedom is alluded to throughout the film but only takes flight the second Kiki is grounded. As a much bigger, more industrialized approach to air travel, it naturally draws the attention of the masses only to crumble into a forgettable piece of trash while Kiki learns to fly again. The difference Miyazaki is illustrating between the two, and therefore himself and Disney-esque studios, is one of quality derived from human creativity and corporate production. “In this way, the term ‘Disneyfication’ has gained prevalence in describing the degradation of more complex narratives. In the case of the Japanese auteur, there is no equivalent case of ‘Miyazakification’, but the way the author conveys his own unique and personal vision is well recognized,” (Hernandez-Perez 307). The stories being told from the approach of a mega-corporate western studio pale in comparison to their source material or thematic material because they are scrubbed of their complexities. Miyazaki, who embraces these complexities, urges for the acceptance of these stronger narratives among audiences and offers his own incredibly personal perspective. The approaches to flying in the film are individual spirit versus artificially production, just like the conflict of the creative process.

With a teenage witch as his messenger, Hayao Miyazaki captures the artistic conflict between him and his contemporaries to advocate for creation of art powered by the authentic human spirit. The similarities and differences between the worlds Miyazaki creates and the ones coming out on conveyor belts to please the lowest common denominator are on full display in Kiki’s Delivery Service, albeit with a little coding. Kiki serves as a stand in for Miyazaki himself and his dedication to an incredibly demanding craft. In her loss of flight in the excitement of the Spirit of Freedom, Miyazaki struggles with the ability to create in the wake of increasingly corporate narratives. The final products between the two vastly different approaches to flying and animating accomplish two very different things, and Miyazaki asserts that the better results stem from a deep respect and an unquenchable passion for the craft. 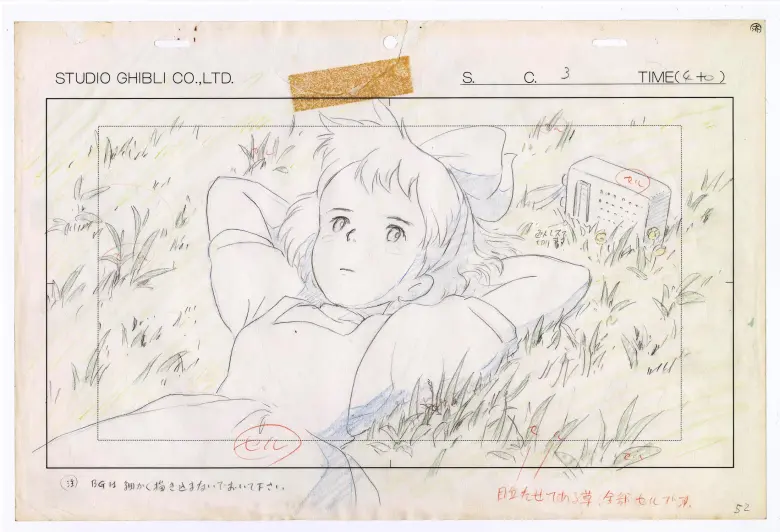 3 thoughts on “Miyazaki: Fly By Broom or By Ship”